Dora De'athsplorer(Unity, C#)
A game made in 72 hours for the ludum dare 42 game jam. Programmer + game designer of the project.

TicTacToe Multiplayer(Unity,C#,GameSparks)
A prototype tic-tac-toe multiplayer game using the GameSparks API. To try it out, extract the .rar file and run 2 copies of PC.exe file. Login 2 different users in each window. Then click Find Match in both windows. You can also connect to a game running on another machine.
Source: https://github.com/Coditivity/TicTacToeMultiplayer
Build: https://drive.google.com/file/d/17e5Fy_xeAbrxGeQXwT_GkUA3SJNPjxnF/view?usp=sharing 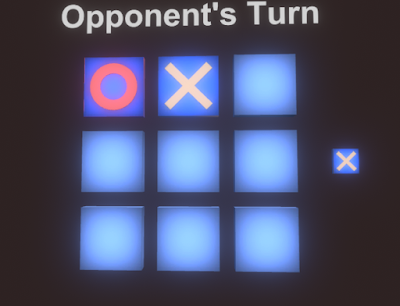 
Fragment Shaders (glsl, C)
Below are some of the fragment shaders I made for fun. The first one's my favourite so far.

This is basically a fractal that changes itself according to the sound/music input. Make sure to play this with sound enabled.
https://www.shadertoy.com/view/Xs3yDH

These spheres are rendered using the technique of raycasting. Basically, a ray is created for each screen pixel and it is checked whether the ray intersects a given sphere using intersection equations. If it does then the specular color for that pixel is set after calculating the reflection values of the rays from the light sources toward the camera.
https://www.shadertoy.com/view/4tSXWc

A distance function which will return the distance value for a regular ngon when given its number of sides and apothem or circum circle radius. 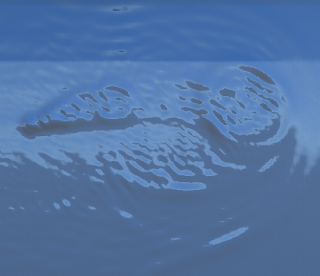 Realtime, realistic interactive fluid surface simulation. Vertices of a mesh are updated according to a simplified approximated version of the 2nd derivative of the displacement function. Factors like viscous damping and wave velocity of the fluid are taken into account.
When clicked on the fluid surface, the nearest vertex to the point of click is applied a force which then propagates through the entire fluid.
Reference: Mathematics for 3D Game Programming and Computer Graphics - Eric Lengyel 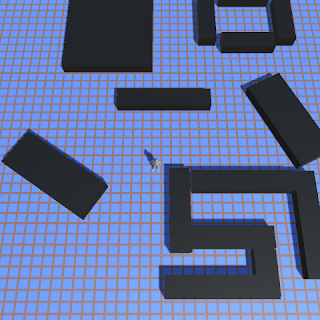 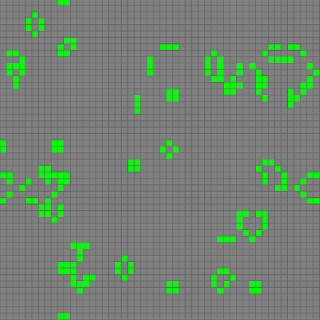 Implementation of Conway's game of life. Creates a grid of cells that update according to the rules of the Game of Life. The opposite edges of the grid are linked together. You can source files on Github
Source: https://github.com/Coditivity/Game-Of-Life
Build: https://coditivity.github.io/Game Of Life Builds/20161113_0442am/